German-American Trilogy is a three part documentary (Lost Heritage, KleinGermany, and Path of Westerwald) about German-Americans in New York City and in the North-East of the United States.

Lost Heritag tells the story of Eric Hiltner, was unaware of his German roots. Unexpectedly, he finds out about his concealed German ancestry.

KleinGermany (“Little Germany”) was a German enclave in the East Village of New York City. In the 1870s, 80,000 Germans lived there. In 1904, due to the disaster of the steamboat General Slocum where more than 1,300 Germans died, the neighborhood quickly lost its German roots. Today, the only remnants of that brief history are the German inscriptions on some buildings.

Path of Westerwald Cris Schaefer is an enthusiastic genealogist. He wrote the book Path of Westerwoods about his German ancestry that leads him back to Germany. 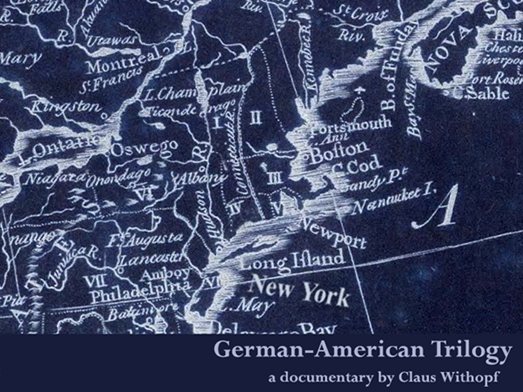